I got out of work early today (HUZZAH) so I popped over to Bleeker Street Records and hit the 99 cent bin, and here is what I came out with. 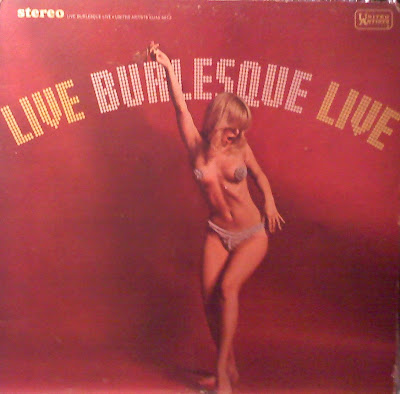 I would prefer for the purposes of this blog that you only pronounce the album title LIVE! Burlesque LIVE! as in actress Liv Tyler and not "Live from New York it's Saturday Night!"  I just think its funnier that way.  Read it again with Liv instead of Live....LIVE! BURLESQUE LIVE...hilarious!. 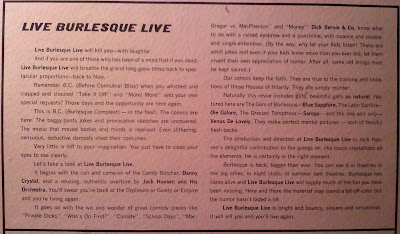 There is literally nothing about this LP that i don't love, from her pasties to the font used for the title this is perfection.  And if you are following my blog you may remember from my Gypsy Rose Lee post (which thanks to you guys has been my most viewed post at 990 views and counting....I am so proud) that I am obsessed with all things vaudeville, especially the burlesque aspect.
Though I am not a fan of titties in real life, I am a fan of dragging them out and shaking and shimmying those mama's around to bawdy music.  I decided since this is technically a show I didn't want to pick out one track, instead I just ripped side one and side two for your listening pleasure.
Supposedly burlesque is having a comeback, but it can't really because times have changed to much.  In fact burlesque is too classy an art form for most people to ever really appreciate it now.  In it's purest form burlesque would be considered tame....or even lame now.  Then it was shocking and thrilling, now it's antiquated.  I just love albums like this that capture a moment in time, and its a moment that i am so glad I own and can share with you. 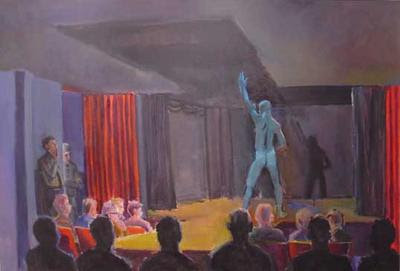 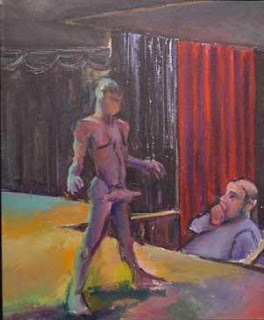 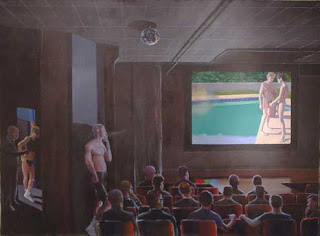 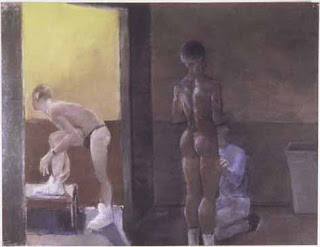 Email ThisBlogThis!Share to TwitterShare to FacebookShare to Pinterest
Labels: Burlesque 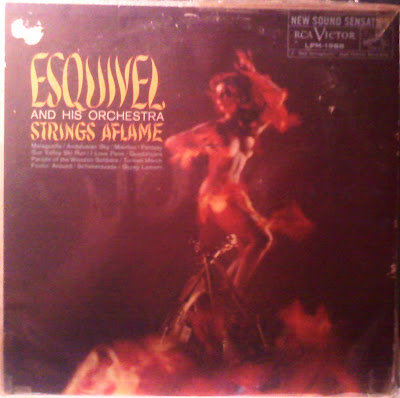 Esquivel has been a part of my life for as long as I can remember, while all the other kids my age were enjoying the plaintive whine of Nirvana, or Pearl Jam I was discovering the Rat Pack and something called "Space Aged Bachelor Pad Music".  The first time I heard that bongo rattle and the wistful chorus of 1950's studio singers I knew I had found my kind of music.

Dan and I have re-en-stated the cocktail party this year, every Saturday we invite a small group of our dearest friends, make a few tasty appetizer's, get out our kitschiest bar ware and swill back some hard alcohol.  And nothing says kitschy cocktail party quite like Esquivel.


Jaun Garcia Esquivel is my personal favorite hispanic band leader, composer, and I believe he is the original hipster.  He is recognized today as one of the foremost exponents of a sophisticated style of largely instrumental music that combines elements of lounge music and jazz with Latin flavors. (Thanks wikipedia for that stellar wording). 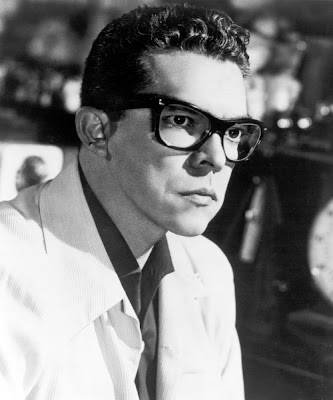 I love mid-century artwork from books and of course records, if I ever was to get a tatoo it would surely be something along these lines. 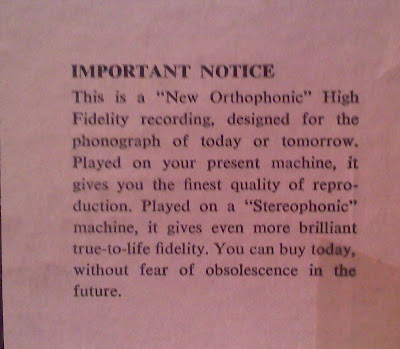 Hey guys if you aren't already don''t forget to "like" us on the book of face and or follow us on google!
Posted by Vinyl Whores at 12:15 PM 0 comments

Sweating with an Oldie 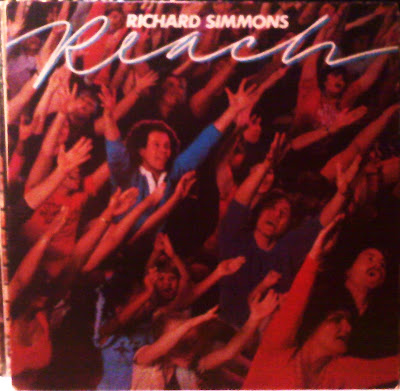 Ladies and gentleman weighing in at 190lbs, greased from head to toe in Johnson and Johnson baby oil, hair by Shirley Q. Liquor, the gay Jack Lalann, Richard Simmons!!! 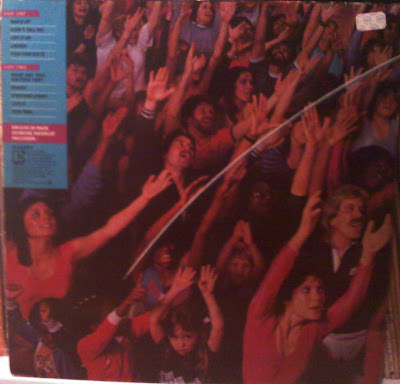 It was only a matter of time before I broke out the big guns, which is what Richard Simmons calls his balls.  I believe the official name of what these folks are doing is the "testify" and all while they are no doubt sweating to an oldie.

Like Tammy Faye I love Richard Simmons!  I love someone who is so genuinely interested in helping people.  But like Tammy Faye I can understand why someone would be put off by him.  He is a short, oily, loud, homosexual, who is obsessed with exercise and Barbra Streisand.

I love the shots of audience motivation, I always wanted Bea Arthur to be my personal trainer.  Not because of her sick ripped body, but because of her commanding  vocal presence.  Imagine Bea standing over you yelling, GO, GO, GO, GO, all while wearing a stylish house dress!!  My abs are tightening at the mere thought of it.

My friend Jeanine who lives in Los Angeles says you can take a class with Richard Simmons.  I would do it in a heartbeat but i live 3,000 miles away in a real city.  I do however encourage anyone living in the Los Angeles area to check it out and report back to me.

Just to prove that i am in fact a Richard fan, here is my personally autographed photo (obtained for me by Jackie Miles).  Brilliant! 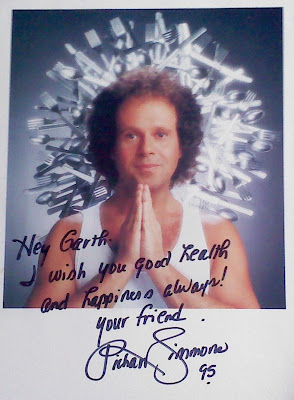 I always enjoyed Richard and Letterman's chemistry...Hey guys check out my new friends blog Zip Your Rip if you like my blog you will love this.  Kitschy amazing stuff!
Posted by Vinyl Whores at 1:11 PM 1 comments

Email ThisBlogThis!Share to TwitterShare to FacebookShare to Pinterest
Labels: Celebrity, Oddities, Work Out

Doin' It For Sickle Cell 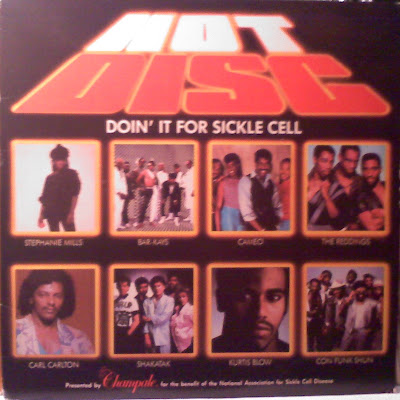 This album literally speaks for itself.  And i am to tell you that i stole this from Dan's hope chest as he intended to do this as his first blog, but because I know him better than you and know that it will never happen I stole it and now I'm going to make fun of it. 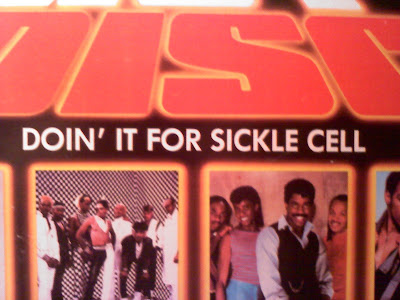 I felt that the title of the album gets kind of lost, so here is a better look at it.  I also think these guys missed out on a whole franchise here.  There could have been frozen "pop-sickles", a dance called Doin' the Sickle Cell (which would no doubt be a hybrid of the hustle and the worm) mayhaps a chain of Sickle Cell restaurants Sick L. Cells, any thoughts on a good name for them?  We can't think of anything right now.

And what a line up of stars everyone from Bar-Kays to the Reddings.

Curious that the only people doing all the work for Sickle Cell research also could have been on a NBC's hit sitcom A Different World.  Its at this point that Dan points out the majority of people afflicted with Sickle Cell are in fact African American and i realized just how stoned i actually am, and that I was thinking of Stem Cells.
Posted by Vinyl Whores at 11:02 PM 0 comments

Is she a midget?  Or is this just a bad photo where she looks oddly out of proportion?  I had my fingers crossed for midget but it turns out she is Turkish belly dancer Nejla Ates, which makes this the 2nd Turkish belly dancing album I have featured this month...weird.  On the cover she is billed as the star of Fanny, which I assumed meant the musical and not an 18th century slang for butt, and I was right.  But look closely at that picture its like attack of the killer tranny, midget, genie in a lamp. 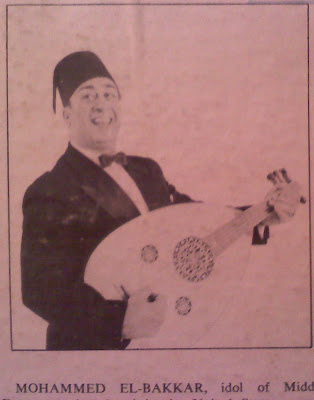 Mohammed El-Bakkar is the real star of the album.  It is Mohammed you will hear caterwauling in the clip below.

Check out this terrible run on sentence.

Why they got to go draggin' the candlestick maker into this?

Here is a clip of Nejla in action!
Posted by Vinyl Whores at 8:10 PM 2 comments