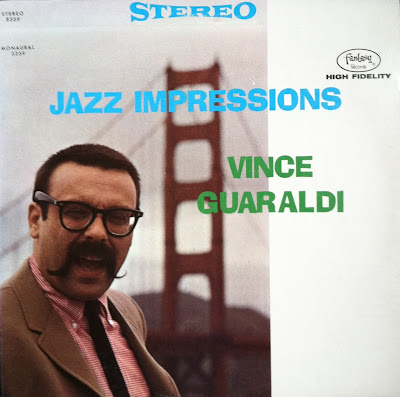 I haven't ventured into talking too much about artists I love on my blog and I mostly avoid this because of my obsessive nature to give you all the facts at once.  So when I have done this in the past it's taken me weeks at a time to compile all the photos, videos, and audio clips needed to be thorough.  But this time i am gonna spread out the facts through a series of blogs about jazz artist Vince Guaraldi called Let's Talk Guaraldi.  Even if you don't know jack about jazz you know Vince Guaraldi because Vince is the man who gave The Peanuts cartoon specials their voice.  Let's face it as much as I love those old Charlie Brown specials they weren't exactly compelling to watch.  The music is the thing that paints the mood of those cartoons and makes them fun and vital. Otherwise it's just the whitest, weirdest, dullest kids in the world doing nothing but being boring.  Good Grief!

Vince was a piano virtuoso, just listen to him cook as he plays Linus and Lucy certainly his most famous composition ever.  For my first blog about Vincey-poo I wanna focus on one of his non Charlie Brown albums so why not start at the begining with an album called Jazz Impressions.  I feel like this is an album that sounds very much like the Guaraldi.  But mellow Guaraldi.

Mellow with a hint of the famous Guaraldi latin side from his album A Flower is a Lovesome Thing which i don't have in case someone wanted to get it for me;-)  Vince grew up in San Fransisco, California (hence the Golden Gate Bridge in the Background on the cover) the son of a extremely religious mother and the Nephew of noted singer, writer and whistler Muzzy Marcellino.

Pretty fancy whistling.  Like most so-called overnight successes, Vincent Anthony Guaraldi -- who forever described himself as "a reformed boogie-woogie piano player" -- worked hard for his big break.  I look forward to the day when someone says I'm an overnight success.  I've just  had a lot of success with over-nighters if you catch my drift.

The man eventually dubbed "Dr. Funk" by his compatriots was born in San Francisco on July 17, 1928; he graduated from Lincoln High School and then San Francisco State College.

Yesterdays
Guaraldi began performing while in college, haunting sessions at the Black Hawk and Jackson's Nook, sometimes with the Chubby Jackson/Bill Harris band, other times in combos with Sonny Criss and Bill Harris. He played weddings, high school concerts, and countless other small-potatoes gigs.

Fenwyck's Farel
Most of these songs are from Guaraldi's earlier albums and he certainly doesn't sound like the Dr. Funk yet. Maybe next time I'll do one of his latin influenced (well a lot of his music has a latin flare)albums.

A Room at the Bottom
So if you know nothing about Vince buy one of his albums, it's amazing stuff.  Until my next Let's Talk Guaraldi posts I bid you Farel.
Posted by Vinyl Whores at 7:30 PM 2 comments 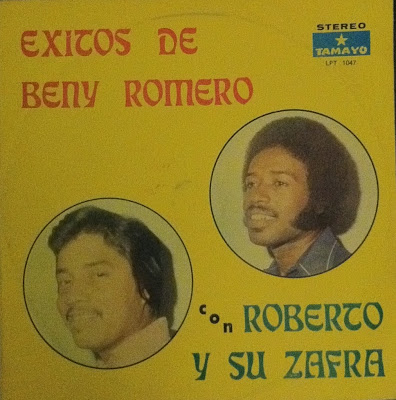 Long time no blog.  I assure you I am whipping up some fabulous detailed posts in the meantime check out these hottie mexican creepers.
Posted by Vinyl Whores at 6:34 PM 0 comments